Mr. Buah Saidy, the newly appointed Governor of the Central Bank of the Gambia, said the outstanding domestic debt stock, as at end November 2020, increased from D33.1 billion(36.9) percent of GDP, to D34.8 billion, which represents 35.3 percent of the Gross Domestic Product (GDP).

Governor Saidy revealed this on Thursday 3rd December 2020, at the Central Bank of the Gambia (CBG), during his maiden Monetary Policy Committee forum dubbed MPC meeting. 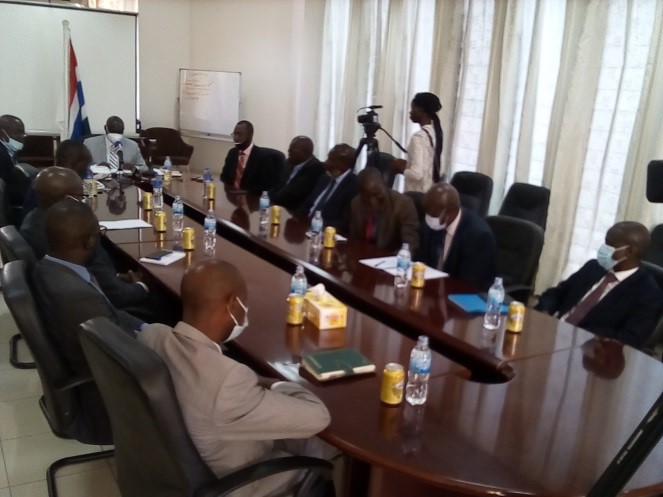 He also cited that the dalasi has depreciated against the US dollar by 1.4 percent, Euro by 6.3 percent and pound sterling by 1.1 percent from January to November 2020.

He highlighted that the Committee has observed among others that economic activities in the Gambia, remains weak reflecting the effects of pandemic, but quicker recovery is anticipated in 2021, rebound in agriculture and strong fiscal and monetary support, and the worsened of current account in the first three quarters of 2020.